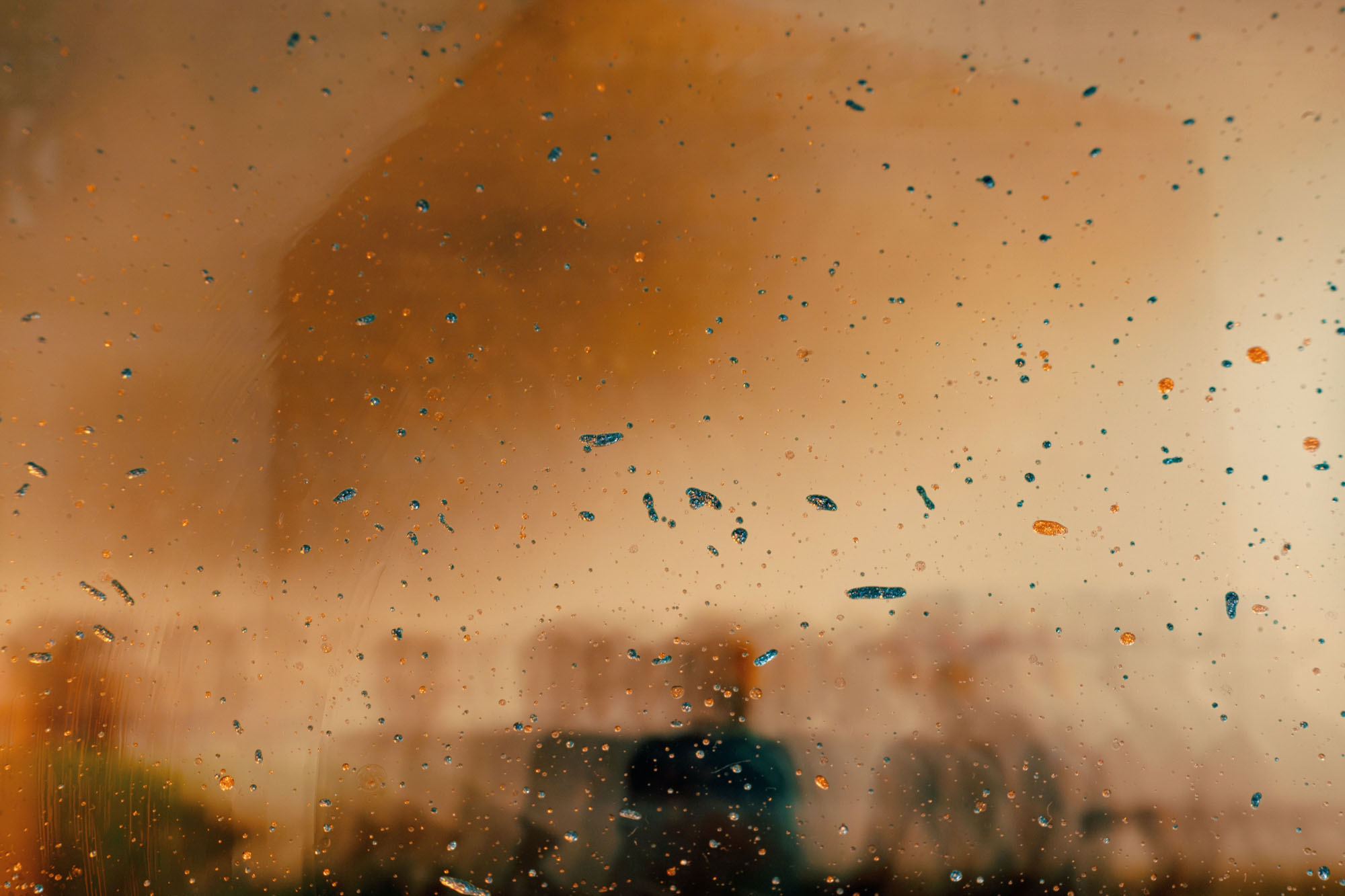 Previous articles described the place where we find ourselves as leaders in terms of grief and trauma and proposed a basis of hope. Beyond technique and method Christian hope begins with the conviction that this is God’s creation. God is making all things new, reweaving a torn and shattered creation. This narrative of hope is about something other than saving ourselves or our churches. Right where you live in the midst of this great unraveling, God is moving creation toward a doxological remaking. The questions before us are not about how to fix the church but instead they are: What is God doing ahead of us in our communities for the healing of this mess we have produced? How do we join with what God is doing in our communities?

This locus of hope requires a re-imagining of our vocations as leaders. In Grief and Trauma I wrote about the crisis confronting leaders in the upending of taken-for-granted practices, identities and securities. This crisis is an expression of the fact that the only stories that we’ve let shape us are about transactional tactics that have prayer as an addendum.

This moment is raising hard questions about clergy vocation. The curtain is being pulled back on the pallid ways this vocation has been rendered in the modern era. With the closure of church buildings, clergy are confronted with the reality that their identities have been formed around being branch plant managers of branded religious goods and services to homogeneous groups – “keeping the customer satisfied”.1 Even that possibility is being undermined. One of the most critical challenges in this great unraveling is the need to re-imagine this vocation. The ecclesiocentric nature of clericism within the modern rationality of technique is unsustainable in this great unraveling. A renewed imagination is urgently needed.

What are the sources for hopefully re-shaping this vocation? It involves reconnecting with specific missionary movements in our tradition not methods borrowed from business schools or the social sciences. To describe this vocation we need to go back to late 6th century England and the Gregorian mission. When the Roman legions left England, they abandoned a thriving civil society. A hundred years later, by the late 6th century, that society had been decimated. The civic ecology of cities and towns were eviscerated, codes and practices of civil society displaced by the clans, chieftains and, above all, the sword was the arbiter of all things. It was at this time that Gregory became Pope. He was the first pope from a monastic background and it was in the monastery that he had imbibed a narrative of how God was already reweaving the strands of a broken creation. What God had already done in Christ was to be brought into, anticipated and lived into in the specific geographies of the local (the parish). His sending of twenty monk-missionaries in 586 came out of a theological imagination about what God had done in Christ and was now to be incarnated in the geography of the local. This missionary movement was not a strategic plan for church planting or taking new territory for Rome. It was a profoundly missional imagination rooted in God’s story for the reweaving of all creation.

This is the story that would shape the vocation of these missionary monks. It is difficult to pick up this imagination today because most of the accounts of this “ecclesiastical” history are read through the modern day lens of institutional organization and the ways in which, eventually, roles were established within the churches rather than the missiological intent of these monks. To read ecclesiatical history is often to read about the internal systems of churches not, as Bede surely sought to do, discern what God was doing on the ground amongst missionary monks in the ordinary geography of the local. As Bishop Andrew Rumsey states so we well, for Pope Gregory:

…the New Testament idea that if anyone is ‘in Christ’, by baptism into his saving death and resurrection, they already inhabit a new kind of place – the ‘heavenly’ place that Christians believe to be the world’s true destination. The vocation of the local church is thus to anticipate this new place in the midst of the old – and its principal testimony to the renewal of all things will be the kind of ‘little world’ that it makes. Their claim that such New Jerusalems are both conceivable and deliverable is underwritten by the work of the Holy Spirit, whom, we believe, makes all kinds of local transformation an inspiring possibility.
Andrew Rumsey, Journal of Missional Practice, Winter 2018

Andrew’s description deserves careful attention in addressing the question of a re-imagined vocation. In this missiological imagination, the community of God’s people already occupied a new place. The emphasis was, first, on how, literally, the Christian community were themselves a sign, witness and foretaste of God’s reweaving all creation in Christ (Ephesians 1:1-10). This is what Newbigin describes as election. Second, the place where they were located was a geography not some romantic ideal. In other words, election can only be practiced in a geography, a place. In Rumsey’s evocative language, geography is never incidental; it is the spatial anticipation of the things to come.

In the Gregorian mission, the vocation of these missionary monks was about entering and dwelling in a specific geography where the social fabric and civic life had been rent apart. These missionary monks saw that as it was in heaven, it was not on earth. Their vocation was to be rooted in the geography of place in order to demonstrate how a civic ecology could be rewoven doxologically so that as it is in heaven so it is on earth. Their vocation was a re-imagining and a remaking of the social life of that particular place. They were about the task of doxologically reweaving the fabric of social life through being a demonstration of a radically alternative social imagination. This is why they deliberately took on the secular Roman language of civic life – the parish (parochia).

This language of parish as the locale of vocation can seem anachronistic in highly mobile societies characterized by individual rights, self-identity and an endless desire for freedom expressed in mobility. But it offers a radical re-reading of vocation. It provides a hopeful corrective to the desiccated, market-driven models of church that now characterize Protestantism in late modernity. This corrective is that God’s people need to be writing a new chapter that re-imagines the work of God’s people. This is what Gregory’s missionary monks did. They were dreamers of a new world, a new kind of geography accomplished in Christ and described so brilliantly and passionately in Ephesians 1. Because they were theological dreamers, these monks could enter the torn civic life of late 6th century England to be creative, politically useful people doxologically reweaving the social fabric of civic life.

The grief and trauma being experienced by many clergy right now is about the realization that we are coming to the end of a way of being leaders among God’s people. The notion of a vocation built around an individual called to “professional” ministry characterized by being the branch plant managers of a religious organizations, or the lead “entrepreneur” of some non-local congregation, cannot address the challenges of our moment. This vocation has run its course in our current context of disintegration.

But there is this other vocation suggested to us by these missionary monks. It is rooted in a theological imagination for what God, in Christ, is calling into being in the places where we live. It is among the people who comprise our parochia. It is shaped by everyday practices that would reweave the civic ecology of local communities. This is where clergy and congregations will discern hope in the current unraveling.

Vocation is being radically relocated. It is no longer about a professional ecclesiocentrism or some portable calling but a new form of missionary monk. It is no longer about ecclesiastical positions, running the denomination or managing the local franchise. It is about learning to ask and live into radically different kinds of questions. It is no longer about asking how to make the church work or relevant or engaged in the latest issues of a disintegrating society. It is about the forming of a people of God who are asking the question: What is the Spirit of Jesus doing ahead of us in our parochia? What are the practices and habits that enable us to join with what God is already doing so that we are the living celebration of the prayer: As it is in heaven so it will be in our parochia?

There are many questions to be addressed. This is a proposal that fundamentally undoes the world for which most of us were trained. (It is already being undone.) It is unsettling and disorienting. It threatens our economic lives as clergy. (It doesn’t because they are already in the process of being undone.) At the same time, my sense is that there are many clergy who are wanting to embrace this radically relocated vocation. There is a ferment of the Spirit in which many of you already recognize that this is the vocation you want.

Photo by Jr Korpa on Unsplash