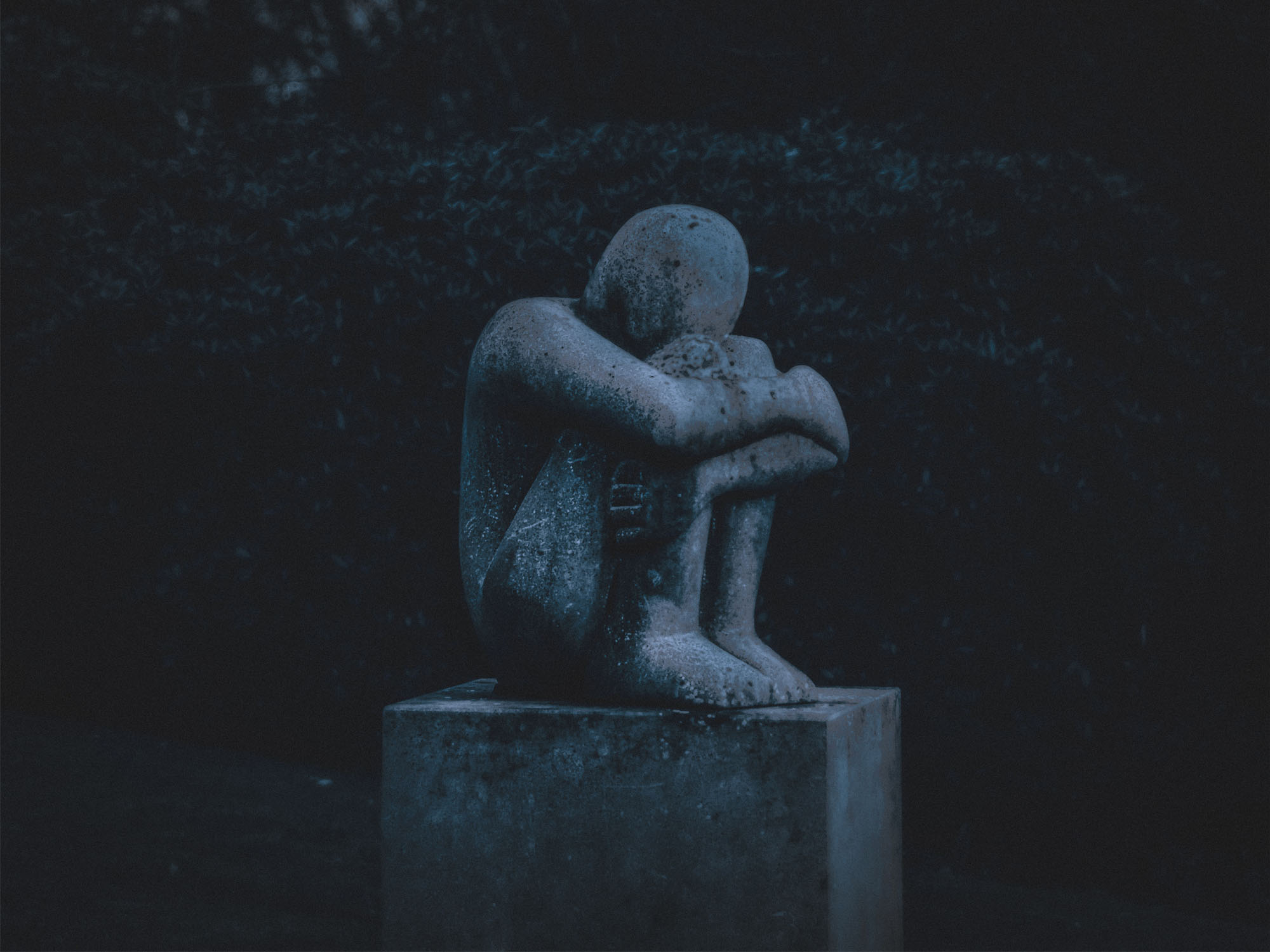 What is going on?

Over the past six months of listening to church leaders we’ve been asking questions like: What’s the mood among leaders just now? What do they need? How can we assist them? We’re learning some things in this unraveling of our time:

Over the coming weeks I want to share a series of articles that try to sketch what’s happening and what this greater unraveling means for us as leaders. I hope these pieces stimulate your imagination and invite a correspondence that helps us to hear the Spirit through one another. This first article seeks to describe the mood of this moment.

The overarching mood of our moment is characterized by trauma. After six months of pandemic, racial protest, political turmoil, economic insecurity and the scorching fires of global warming, many of us are feeling an unnameable grief, and a roiling sense of trauma. Something different is happening and we’re not paying attention to it.

At TMN, we too wrestle with all of this in our work with leaders across North America, the UK and South Korea. Through constant Zoom meetings we see that leaders are in the kind of crisis where we can’t assume we know what they need. How many pastors are in a space where they are able to engage more than just the pressures they have to face right now? There’s limited capacity for engaging bigger questions such as how to engage with the neighbourhood or more fully develop discipleship, etc. It’s difficult and unhelpful to try and plan for an unknown future when the present is so uncertain.

We’re not in the same space we were six months ago when there was a sense of an ending, that “things-will-go-back-to-some-kind-of-normal”. We aren’t there anymore. We’re holding our collective breath (elections, fires, protest, the virus, etc.). There won’t be a hopeful exhale any time soon because there are no quick fixes for these crises. Most of us have not yet come to admit that this massive unraveling is bigger and more pervasive than we have collectively imagined. Few of us can pull off the miracle of holding our breath and engaging in future-focused webinars.

Trying to Name the Moment

How should we name this moment? A group of us from North America and the UK sought to do this at the beginning of May in The Plague and the Parish. The letter began with the words of Pope Francis to the effect that we’re not living through an era of change but a change of era. We have, the letter said, entered a new chapter in the history of the West that is unraveling almost everything we’ve taken for granted about the church and its leadership. The pandemic isn’t the cause; it has intensified the gathering forces of a massive storm that is upending taken-for-granted practices, identities and securities. We are being shaken to our core. This storm has been gathering force for decades. There have been those, whether in climate change, economics, politics or the church, who’ve been crying in the wilderness like Jeremiah; they have been dismissed as alarmists. The days of denial are over. Forces of change are breaking across the surface of our consciousness with startling speed. We have few, if any, systems or practices to address this moment. This is our crisis. It is why the mood of our moment is weighed down with grief and trauma.

On a recent webinar with leaders from both sides of the Atlantic, Anne Morisey (a community theologian and lecturer in the UK) commented: “We drift between resignation and indignation and we’re not sure that we know how to occupy this continuum in a healthy way.” This is where most of us are. It’s why there’s less and less energy for the how-tos. We need to name this grief and address the trauma that is upon us.

The Plague and the Parish was followed with a second open letter, Renewing the Covenant (September 1, 2020) in which we wrote:

Over these months our reactions have ranged from confusion and fear, to anxiety, anger and exhaustion. Now…the overwhelming mood has become one of grief. This grief is certainly about mourning, isolation and the fear of economic insecurity…Yet there is a deeper level to this grief that is hard to put into words…We find ourselves in a space where the primary stories for addressing our situation are being given to us either by science (trust the science and we will find a vaccine) or by governments (our legislators will find the funds to keep us afloat until the vaccine is found). While these stories are important, they cannot touch a much more profound sense that our collective hope has been reduced to crisis management, and that this is insufficient to sustain us…

This grief is a malady of the soul that cannot be addressed by how-to webinars, courses on innovation, or an inspiring TED talk. This grief is an expression of the fact that the only stories that we’ve come to let shape us (even as clergy and Christians) are about transactional tactics that have prayer as an addendum – the “amen” that gestures to God while we pursue our own agency. The malady of our soul is rooted in this loss of a culture we embraced that functions without God. It is unraveling with a cacophony of crises, and we have no other stories to sustain us or point to a different road. This is the trauma coming out of grief.

Recently, a Canadian pastor, Preston Pouteaux, described our time in terms of a bush suddenly uprooted from its established bedding in the ground. The roots had gone deep so they had to be cut all around before moving the bush to another location. It is a massive trauma for the bush. It isn’t going to bounce back in a few months or even a year. As Preston pointed out, the bush needs the time of numbers of seasons before it can hope to generate new life back into its roots and branches. The gardener knows that for the bush to stand a chance of re-rooting, all its pretty flowers have to be cut off so its energy is redirected to the traumatized root system.

Here is an accounting of the grief and trauma that has become pervasive in our lives. There are no quick fixes or Wizard-of-Oz-like solutions. We are no longer in our comfort-zones of power and control. We can no longer afford to be in denial of what is happening.

What we are Seeing

This mood has gone deep into us but has few places for expression. My thirteen year old granddaughter recently said to her gran: “Nana, what else can this year throw at us?” In the midst of the fires consuming the West coast, a friend in Oregon posted this stark note on Facebook: “It’s all gone!” My granddaughter’s question and my friend’s post are signs of a grief and trauma that now hold us. They won’t be wiped away by an Executive Order, magic bullet or new technique. They are the consequences of collective forces that have been gathering for a long time and now making clear the unraveling in which we find ourselves.

It’s not difficult to name the forces confronting us. In a recent Politico article, Children of 9/11 are about to vote (September 9, 2020), Garrett Graff described the world of the American youth born on 9/11 who are now of age to vote. The articles’ five chapters summarize their perspectives on the world. War has always been the backdrop. One young woman said: “Every single day since I was born, we haven’t been at peace”. Guns and shootings, starting with the massacre at Sandy Hook School in Newtown, Connecticut, have been the ever-present background in which they’ve lived. One interviewee said that whenever she goes into a school she is automatically looking for escape routes. Add to all our endless wars, a pandemic with no sign of abating, an economy on the brink, protests in the streets over racial injustice, fires raging across forests with a fierceness few of us have seen, and increasing numbers of citizens giving up on politics as a means of seeking the common good. Compare their youthful reality with the stereotypes of the American dream, the belief too many of us have had that, with our technocratic mastery and sense of control, we could deal with anything. Our mood is shaped by grief and trauma.

Where are we Going?

We’re on a road few of us have known before. How-tos seem like band-aids on an open wound. The Italian writer and publisher, Roberto Calasso, has chronicled this unraveling and its trauma on the Western imagination in a series of nine books. His latest, The Unnamable Present, catches the mood of our moment in its title. Its opening words capture the grief and trauma:

For those who are living at this moment, the most exact and most acute sensation is one of not knowing where we are treading from day to day. The ground is brittle, lines blur, materials fray, prospects waver. Then we realize more clearly than before that we are living in the ‘unnamable present’. (Calasso, 3)

Our vocation is to face the realities of this unnamable moment, to confess the grief and trauma that beset us. The how-tos are dead ends we grab on to when we don’t know what else to do. To acknowledge this is to begin the work of discernment. Facing together the hard questions of this unraveling requires the writing of a new chapter, one that will be very different from the one we’ve written to this point. What is critical in this moment is that we become clear on the source of our hope. Without this we are tossed and turned by every wind and proposal for change that comes along.

Join Alan Roxburgh for a Facebook LIVE conversation about what’s next for leaders September 30 @ 10am PT.

Loss – A sculpture by Jane Mortimer. Photo by K. Mitch Hodge on Unsplash 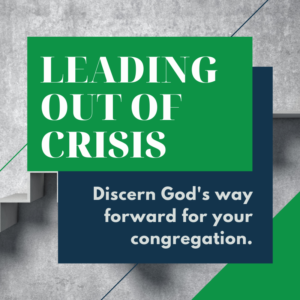