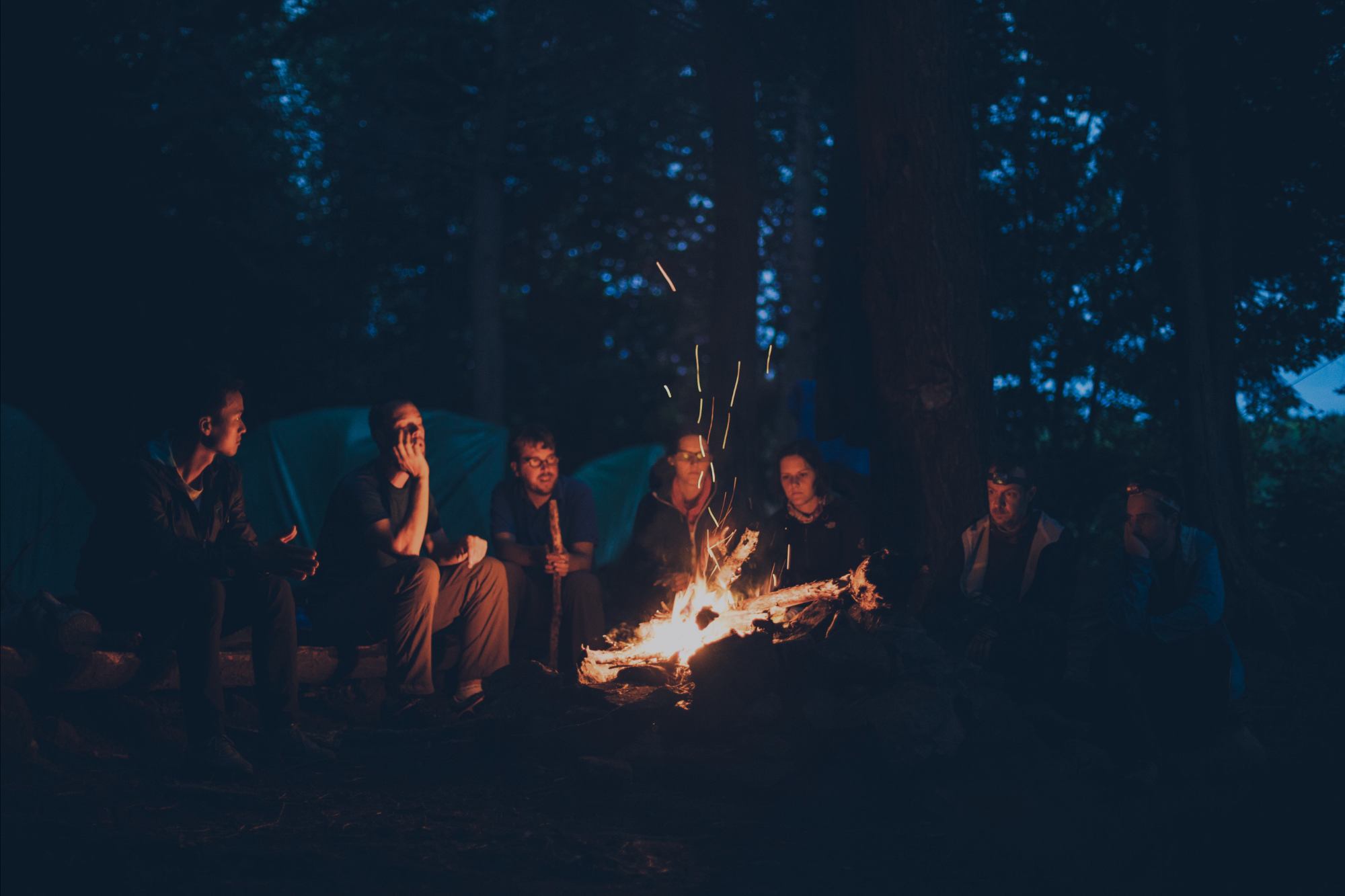 In this blog post I want to address the question: Within the communities in which we live, what does a Gospel response to the fragility of belonging look like?

Another of my conversation partners in Joining God in the Great Unraveling: Where We Are & What I Have Learned (2021) is Leanne Betasamosake Simpson and her book As We Always Have Done: Indigenous Freedom Through Radical Resistance (2017). I’m not quite sure how I first came to read Simpson’s book. I had been wrestling with Mary Jo Leddy’s description of how the churches had come to be colonized by what she called all consuming manufacturing (see previous post in this series). I saw this manufacturing pouring out of books and in social media around church and leadership in the form of programs and methods. I’d done lots of deconstructing of these methods but recognized one can deconstruct until the end of time but it doesn’t change the default culture of management and control that obsesses us in the great unraveling. I was feeling increasingly marginal to what I saw going on across many churches. It was all feeling alien to me but I still lived within this awkward sense of call that had come to me some fifty years earlier in the basement of a university library in Los Angeles – “if you love my people, you need to be with my people.” That call had changed the trajectory of my life and in so doing messed with all my ways of thinking about being God’s people. It was a call that kept getting me into trouble because I couldn’t stop asking questions about identity, agency and discernment.

In the midst of this wrestling, I was drawn to Leanne Betasamosake Simpson’s, As We Always Have Done: Indigenous Freedom Through Radical Resistance (2017). Initially it was the title, with its language of “radical resistance”, that drew me. As a First Nations woman, Simpson knew that indigenous freedom had to come through radical resistance to colonization and the Euro-tribal need to shape and control all others through its power to manufacture. Something deep inside told me I needed to read what Simpson was saying even if, in the words of my grandchildren, I’m an “old white male who doesn’t know anything.” I could not begin to imagine her experience or her world but sensed she was, as strange as this is going to sound, asking precisely the same questions I was about colonization and about powerful defaults that are continually deforming the imagination and identity of a people. That, for me, is what has happened to the Euro-tribal churches. I needed to understand how someone like Simspon would address these questions. Her book became pivotal in how I changed my mind

Simpson is a Mississauga Nishnaabeg, a First Nations woman, an academic, writer, musician and poet from Ontario, Canada. As We Always Have Done is, partly, the story of her experience in coming to terms with what Simone Weil would call the “machine” and Mary Jo Leddy would call manufacturing. I describe this as the Euro-tribal need to manage, control and predict the outcomes wanted for a perceived understanding of the good life; usually based on the self-actualizing individual. It is killing us! Simpson helped me see what “resistance”  needs to look like and how it can be embodied.

This is what I have tried to describe in Joining God (2021) where I tell something of the story Simpson shares in As We Always Have Done. It is such an important story for us to hear in the great unraveling. There is a moment in her wrestling with her Nishnaabeg identity that offers a powerful mirror to those of us struggling to understand what has gone wrong and what has to be done. She desires to name and call forth a process of resurgence (of identity) among First Nations people. What she wants to understand, therefore, is how her people can own, again, their own traditions and stories. Without the recovery of these stories and traditions, there is no chance for them to experience a resurgence of identity. I noted that in addressing this question, Simpson’s instincts aren’t drawn to finding programs or new methods, or even to assess trends and develop strategies. She sees that the colonial narratives that had dispossessed her people could not be addressed by the thin methods and proposals drawn from the reservoir of the very modern colonizer needing to be overcome. Resurgence had to be about connecting with the generative stories and traditions of her people. What might this mean?

One critical story points us to a way forward. She is in a coffee shop in Peterborough, Ontario, visiting with an Elder, Doug Williams. Doug was talking to a group of people about Peterborough before the settlers arrived. A dawning came to her in this coffee shop as she listened to her Elder:

Doug wanted his audience to know where they were, and he began by telling what the land used to look like. The non-Native audience was nearly silent, transfixed by each sentence he spoke. So was I, because as he was speaking, I was recognizing that the land I know as my home has been devastated by settlement, industrial development, the construction of highways and roads…and four centuries of dispossession. I understood that the landscape I knew as home would be almost unrecognizable to my Ancestors, and I hadn’t known previously that I could barely even imagine the worlds that had already been lost…I began to start my own talks with a narrative of what our land used to look like…not as a mourning of loss but as a way of living in an Nishnaabeg present…as a way of positioning myself in relation to my Ancestors and my relations (2).

This story connects us back to the question I named above: Within the communities in which we live, what does a Gospel response to the fragility of belonging look like?  We cannot possibly respond to the great unraveling without, first, rediscovering the story that is at the center of the Christian narrative. This is what we have lost in all the colonizations of modernity. No technique, no method borrowed from other disciplines, no staring into the tea-leaves of trends, no manufacturing can begin to address this question when we are, in truth, a people who have lost our sense of God’s great story and the tradition that shaped Christian imagination. Without the recovery of this story, there is no resurgence.

The challenge is that we assume we already know and have this story within our command without an awareness of how it has been lost within modernity’s narratives of the individual, control, success and agency. These are critical signs of a colonization that has led so many of our churches to their present alienation from the Christian story. The late Harrold Bloom described this “American Religion” (The American Religion – 1992) as a transmogrification of the Christian story into modern gnostisms that have put the self at the center, functioning as the primary agent in the world. Simpson describes how colonization had almost wiped her people’s imagination off the map. Without a recovery of that story, there was no possibility of a radical resistance to colonization.

In Joining God (2021), I describe this as the situation of the Euro-tribal churches. Their urgent need is not more “fixing” strategies or techniques for assessing neighbourhoods or divining trends. These anxiety-driven moves are little more than jousting with shadows. It is stunning to recognize that the language-world taken for granted by contemporary Christians in words such as grace, hope, law, self, person, righteousness, and covenant bear little-to-no relationship to the way these words operated in the prophets or with Jesus. Simpson’s account of awakening helped to awaken me to what is at stake for Christian life in the West. We, too, have lost our way because we have lost the Christian story and the traditions that re-present that story before us. Without this story, God’s people are useless to the reweaving of our societies.

This situation doesn’t need to be our story. There is another way. Mary Jo Leddy pointed us along this way when, in the early 90s, she wrote of the urgent need to reweave religious life and proposed that a critical act in starting this vocation is laying down our need to manufacture. In Luke 10, Jesus instructed the 70 how to be disciples in times of unraveling. If they were to discern what God was doing in their chaos, (Luke wrote right after the disasters of 70 AD with the destruction of Jerusalem) they could take nothing with them. Borrowing from Eugene Petterson’s The Message: “leave your baggage behind”. This means leaving behind the baggage of programs, techniques and methods all designed to give us control so we can manufacture the outcomes we want. For Christian resurgence, this is a poisonous dead end. Leanne Betasamosake Simpson points to the way we take this journey. In the stories of our people lies the critical path to resurgence. Not just any story but the particularity of our founding story and the traditions that have resourced it. In laying down our need to manufacture, we enter a liminal, risky space where it becomes possible to re-enter the Gospel story. Joining God (2021) proposes ways in which we can do this.

Roxburgh and Robinson, Practices for the Refounding of God’s People (CPI, 2018)